Life, liberty and the pursuit of APIness: the secret to happy code

We spend our lives working with systems created by other people. From the UI on our phones to the cloud infrastructure that runs so much of the modern internet, these interactions are fundamental to our experience of technology — as engineers, as developers, as users — and user experiences are viral. Great user experiences lead to happy, productive people; bad experiences lead to frustration, inefficiency and misery.

Whether we realise it or not, when we create software, we are creating user experiences. People are going to interact with our code. Maybe those people are end users; maybe they're the other developers on your team. Maybe they're the mobile app team who are working with your API, or the engineers who are on call the night something goes wrong. These may be radically different use cases, but there's one powerful principle that works across all these scenarios and more — and it's called discoverability. In this talk, we'll draw on ideas and insight from user experience, API design, psychology and education to show how you can incorporate discoverability into every layer of your application. We'll look at some real-world systems, and we'll discuss how how discoverability works with different interaction paradigms. Because, whether you're building databases, class libraries, hypermedia APIs or mobile apps, sooner or later somebody else is going to work with your code — and when they do, wouldn't it be great if they went away afterwards with a smile on their face? 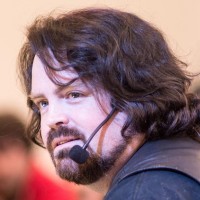 Dylan Beattie is a systems architect and software developer, who has built everything from tiny standalone websites to large-scale distributed systems. By day, he’s the systems architect at Spotlight, where he works on HTTP APIs, distributed systems, and the architectural challenges of delivering cutting-edge online services in a company with nearly ninety years of legacy. He’s been working with Spotlight since 2000, and his first-hand experience of watching an organisation (and their code) evolving over more than a decade has given him a unique insight into how API design, distributed systems, Conway's Law, working with legacy code, and recruitment can all influence a company’s products and culture. Alongside his work at Spotlight, Dylan is actively involved in the software development community. He’s one of the organisers of the London .NET User Group, and in 2016 he spoke at software conferences including Oredev in Sweden, NDC in London, Sydney and Oslo, Tampere Goes Agile in Finland, and BuildStuff in Lithuania and Ukraine.

Dylan grew up in southern Africa, moving to the UK when he was ten. He wrote his first web page in 1992, and went on to study Computer Science at the University of Southampton. He’s a guitar player, musician and aspiring songwriter; his other interests include skiing, scuba diving, Lego, cats, travel and photography, and he's normally found hanging around user groups, pubs and rock bars in London wearing a big black hat.